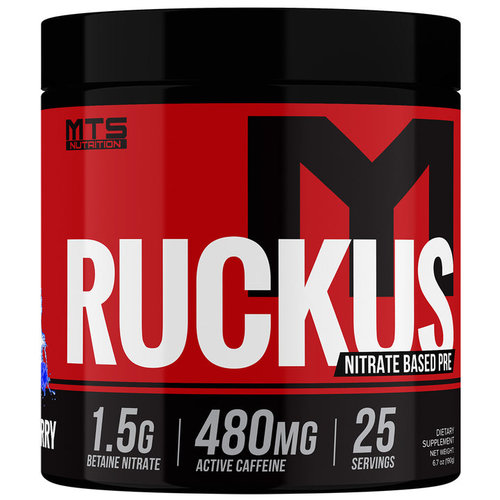 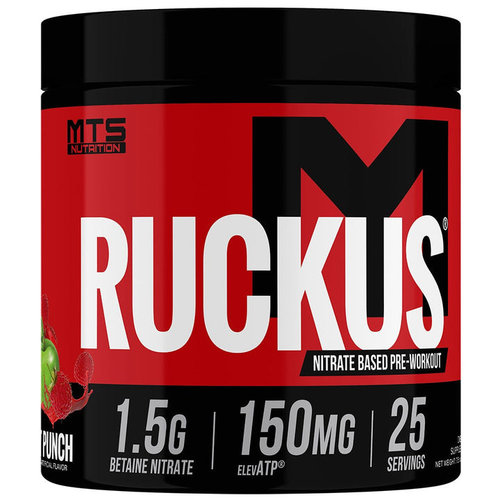 When in the gym, many individuals strive for an intense pump. The kind where it feels like your skin is going to tear. L-Citrulline can help you achieve such a pump. L-Citrulline has the ability to increase nitric oxide production, allowing your blood vessels to expand and dilate. This ingredient in itself has many benefits such as aiding in shuttling nutrients to the working muscles, promoting healthy energy levels, and improving blood flow.
In addition, L-Citrulline can help prevent inflammation and muscle wasting due to oxidative stress (Ham et al., 2015). Supplementing with this ingredient has been proven safe and has also been used by patients suffering from erectile dysfunction as an alternative treatment method (Cormio et al., 2011).

Naturally occurring in several plants including beets, spinach, and quinoa, Betaine nitrate, also known as trimethylglycine (TMG), is a reputable supplement that protects cells, enzymes, and proteins from stresses such as dehydration and extreme temperatures.

Supplementation with betaine nitrate has increased power, force, and strength in bench press and squats; furthermore, the quality of reps performed and endurance with the squat exercise is also amplified with betaine nitrate supplementation.
A six-week study showed that participants were able to lose 3% body fat while gaining over 5 pounds of lean mass while using betaine nitrate. They also increased bench press power and arm size during the study.
One reason betaine nitrate is able to help your endurance and extend your workouts is by increasing both aerobic and anaerobic metabolisms. It may also increase performance during workouts by improving fatty acid and lactate metabolism – all while expanding intracellular volume. Cortisol levels have been lowered when using betaine before exercising.

Additionally, betaine nitrate may have multiple mechanisms that increase nitric oxide blood levels to assist in the increase of vascular function & the subsequent positive effects from it.

Focus is a crucial, yet highly underrated, aspect of training. Without it, you might as well not even be at the gym. When you are mentally dialed in, the quality and effectiveness of your workouts are amplified 100-fold. That’s where L-Tyrosine comes in.

This amino acid enhances the production of the dopamine, adrenaline (epinephrine), and noradrenaline (norepinephrine), three important neurotransmitters key to cognitive function and alertness.[1,2] Tyrosine also exerts some anti-stress benefits when consumed prior to training, helping you stay in the zone no matter how long you’re battling the iron.

elevATP® is a revolutionary compound developed by FutureCeuticals. Comprised of “ancient peat” (fossilized plants) and apple extracts, elevATP is a highly bioavailable form of exogenous ATP shown to increase intracellular ATP in blood cells.[11] This makes for better energy production while training and improved recovery between sets, yielding improved performance and superior gains.

In fact, a 2016 study using 150mg dose of elevATP (the same dose included in Ruckus), found the novel ingredient improved strength and power output in resistance-trained men[12], meaning its beneficial for the grizzled vets of the iron, and not just gym newbies.

VitaShure is an advanced sustained-release form of caffeine that ensures you never run out of energy during or after your training is over. VitaShure’s unique encapsulation process creates a smooth and consistent release of caffeine that makes for a steady high and gentle come down after the ride is over. 265mg of Vitasure Caffeine ST provides 159mg of caffeine.

Known far and wide for its ability to instantaneously ignite the senses and shock you into action, caffeine anhydrous is the perfect complement to the slow-acting energy of VitaSure Caffein SR. Combining these two forms of the world’s oldest and most popular stimulant creates an unbeatable combination of immediate and long-lasting energy that brings you up and never lets you down.
available flavors: Blue Razz, Fruit Punch
Close
0 stars based on 0 reviews
0 Reviews
All reviews
Add your reviewAdd your review
Reviews
Close
No reviews found...
Compare products
0
Start comparison
By using our website, you agree to the use of cookies. These cookies help us understand how customers arrive at and use our site and help us make improvements. Hide this messageMore on cookies »