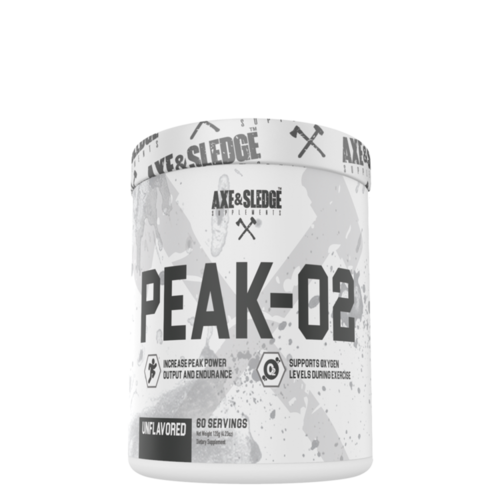 PeakO2® is an organic-certified combination of six adaptogenic mushrooms grown in the U.S. PeakO2® allows users to "adapt" to and overcome physical and mental stress, increasing power and endurance. It appears to have a significant impact on endurance performance as oxygen consumption has been shown to increase significantly in two studies.

PeakO2® also appears to improve submaximal endurance performance as up to 2g/day has been shown to decrease blood lactate levels by 9% when subjects train at the same work rate. This essentially indicates that taking it helps your body exert less stress to meet the demands of exercise. PeakO2®, in doses up to 2g/day, can improve endurance performance as seen by a 25.8 second time to exhaustion performance improvement in the Charleston study and a 70 second improvement in the UNC study.