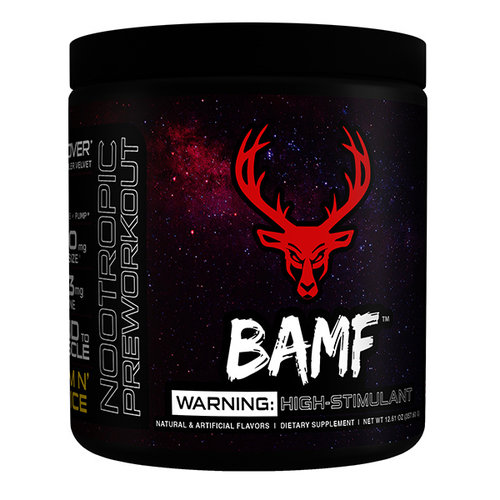 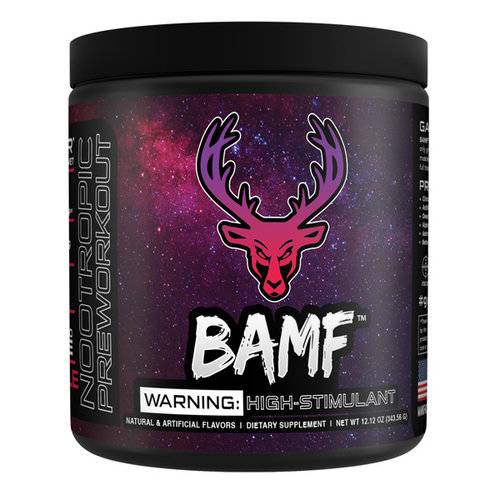 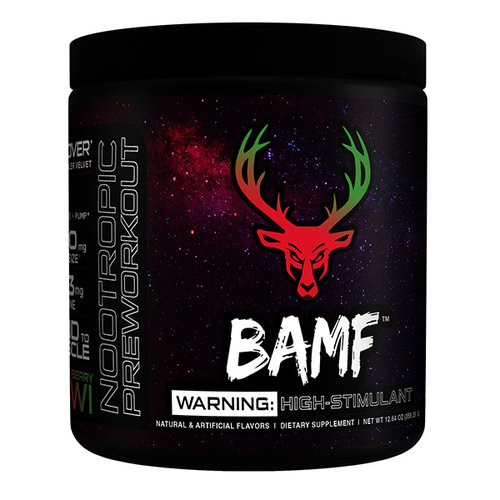 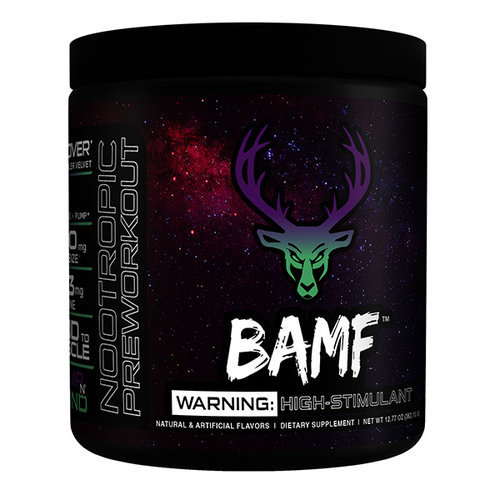 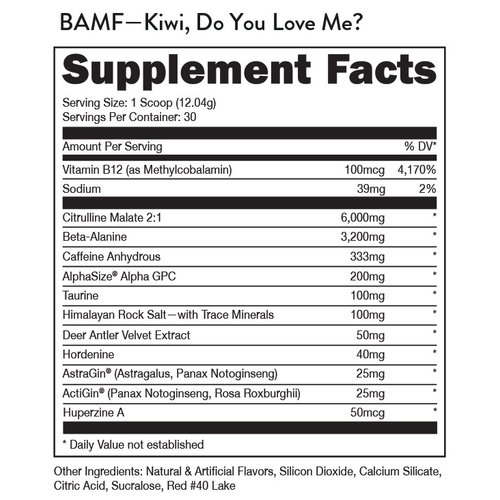 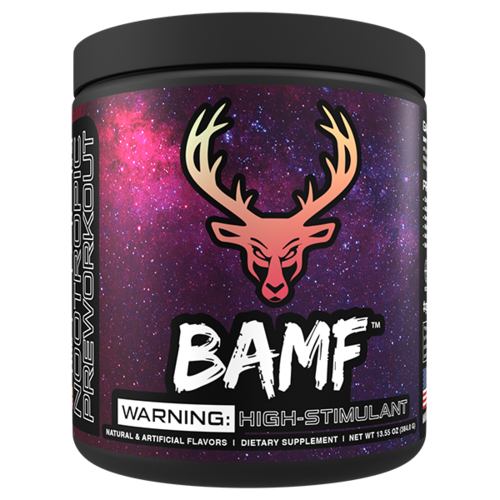 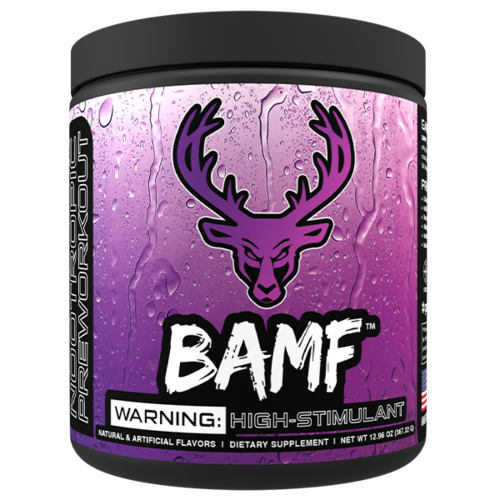 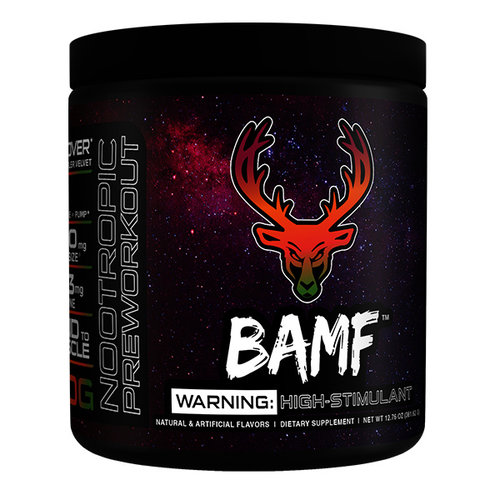 BAMF opens your mind to the cosmic greatness of what you can become. Often overlooked as a staple for epic workouts, Focus can be the deciding factor in your training success. View Supplement Info

BAMF opens your mind to the cosmic greatness of what you can become. Often overlooked as a staple for epic workouts, Focus can be the deciding factor in your training success. As a nootropic pre-workout, BAMF is formulated to deliver everything you’ve come to expect Das Labs, the makers of Bucked Up and Woke AF. Energy, endurance, pump, performance, and then more! Using three ingredients, BAMF is designed to turn your brain function dial up to eleven, delivering mental sharpness and Da Vinci-level focus. Rid yourself of distractions, hit flow state, zone in on your goals, and achieve workout enlightenment.

Ever had those days where your brain feels like a computer that’s running on dial-up, has seven windows up, music streaming, solitaire in the background, and the fan’s broken? You slog into the gym still thinking about assignments, deadlines, and if you’ll be forever alone. Trying to close everything else down so you can fire on all cylinders and conquer your workout is futile. On your own.

That’s where BAMF comes in. Using three nootropics shown to positive impacts on cognitive function and motivation, BAMF is both your brain’s geek squad and task manager. Hordenine for prescription level focus, AlphaSize for mental sharpness, and Huperzine-A accelerates memory recall. Teaming up with all the other adept ingredients, BAMF upgrades your brain’s CPU, closes every window and stops every process except for the one that matters: YOUR WORKOUT.

BAMF also strengthens your mind-muscle connection. Why that’s important: Any elite performance is an outcome of your brain melding with its synapses so they’re firing synergistically, commanding your body muscles and all to achieve the performance you demand of it, and yourself. Listen up BAMF, it’s time to meet your demands.

Leave the distractions in your gym bag. They have no place in your training. There’s only one thing that matters here -- your goals. 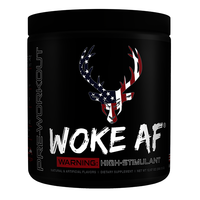 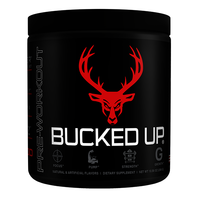 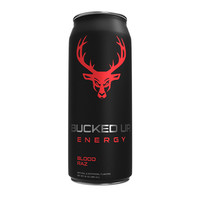 Bucked Up® Energy Drink
$3.00
View product
Close
0 stars based on 0 reviews
0 Reviews
All reviews
Add your reviewAdd your review
Reviews
Close
No reviews found...
Compare products
0
Start comparison
By using our website, you agree to the use of cookies. These cookies help us understand how customers arrive at and use our site and help us make improvements. Hide this messageMore on cookies »