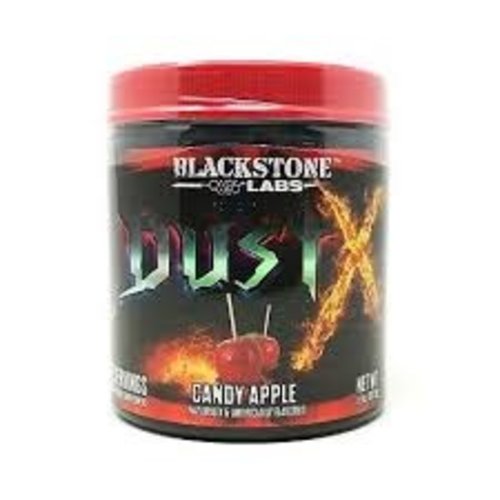 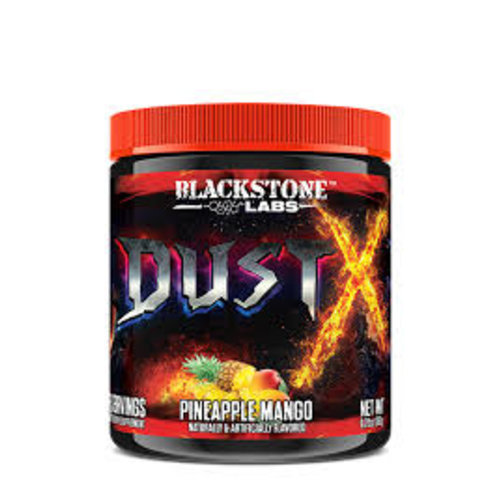 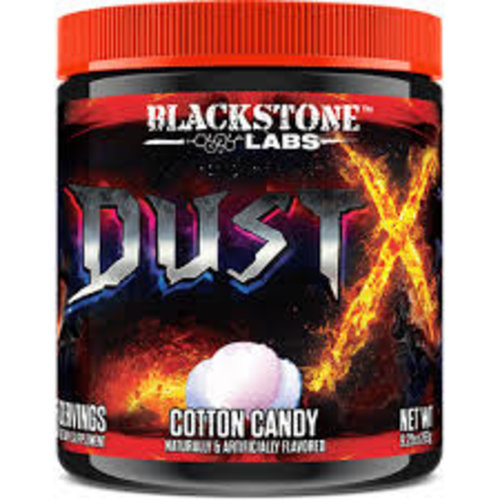 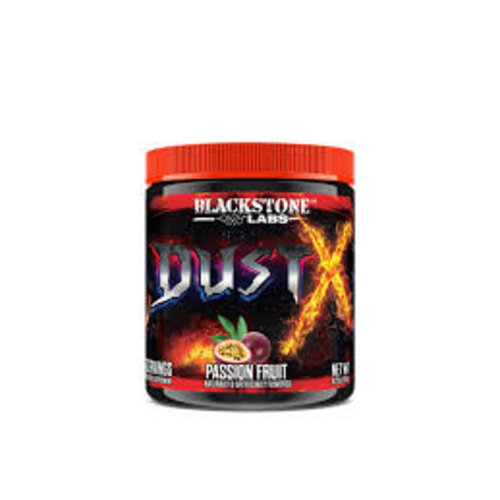 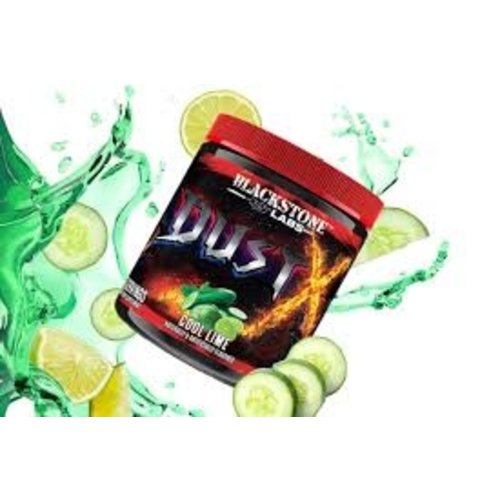 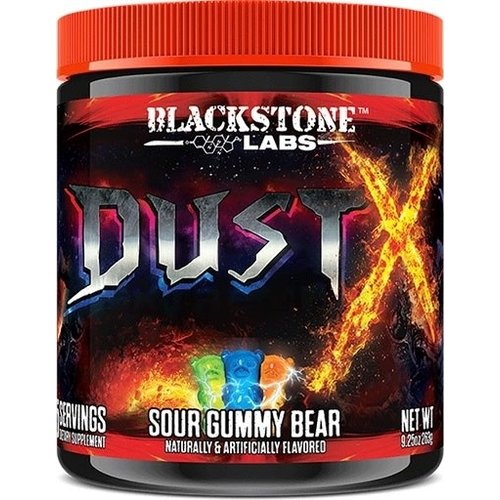 Dust X is the single most powerful and explosive pre-workout ever formulated. Each scoop delivers intense, long-lasting energy and sleeve-splitting pumps that will make you never want to leave the gym. Hardcore training demands a hardcore pre-workout, and for that the only option is Dust X!

Agmatine Sulfate (1g) promotes dense, long-lasting pumps and NO production by inhibiting the enzyme that breaks down arginine in the body (arginase). Agmatine works in conjunction with Citrulline Malate to provide a constant and powerful surge in nitric oxide all workout long.

Phenylethylamine (500mg) acts as a central nervous system stimulant that increases levels of many of the “happy hormones”, such as dopamine and serotonin. Phenylethylamine (PEA) crosses the blood-brain barrier where it exerts a strong, and rapid, spike in mood and overall well-being.

Caffeine Anhydrous (350mg) provides the immediate kick in the ass you need to get in the gym and get to work! Caffeine anhydrous is fast-absorbing and highly-stimulating resulting in demonstrably greater energy, focus, and motivation.

2-aminoisoheptane (150mg) is an aggressive psychostimulant, rivaling that of DMAA. Also known as DMHA, 2-aminoisoheptane is an aliphatic amine that promotes laser focus, intense energy, and relentless drive. You could say it’s the “heir apparent” to the king of stims.

Higenamine (75mg) activates the “fight or flight” by increasing production of noradrenaline (norepinephrine). Higenamine enhances fat burning during a workout and adds that “little something extra” that missing from all other pre workouts.

Huperzine A (300mcg) increases acetylcholine production indirectly by inhibiting acetylcholinesterase, the enzyme that breaks down acetylcholine. Huperzine works together with DMAE to promote long-lasting focus, concentration, and alertness during training. 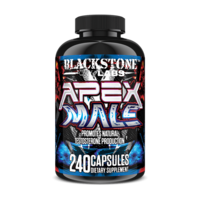 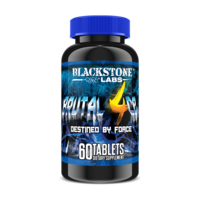 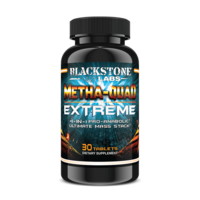 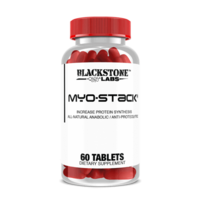 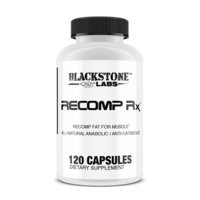 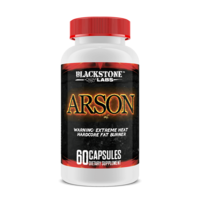 Arson
$49.99
View product
Close
0 stars based on 0 reviews
0 Reviews
All reviews
Add your reviewAdd your review
Reviews
Close
No reviews found...
Compare products
0
Start comparison
By using our website, you agree to the use of cookies. These cookies help us understand how customers arrive at and use our site and help us make improvements. Hide this messageMore on cookies »