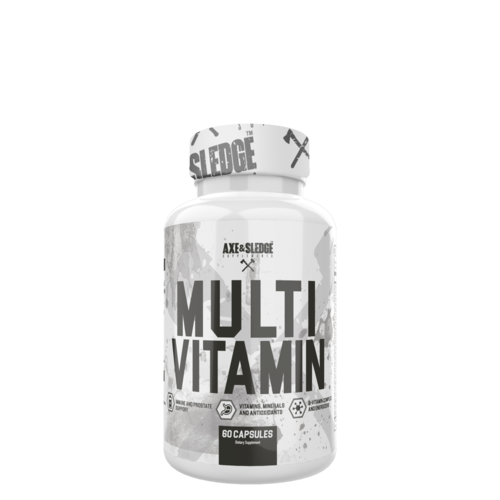 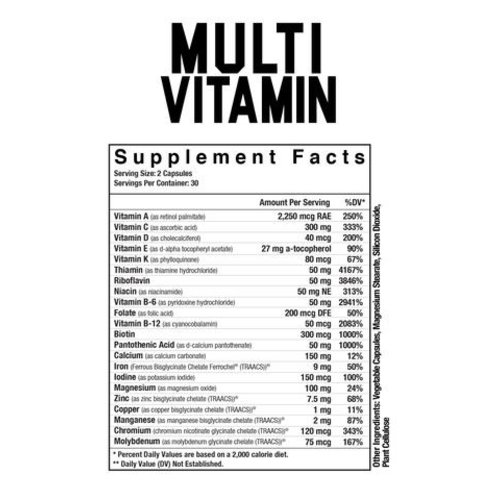 A Multivitamin For The Hardest Workers In The Gym! View Supplement Info

t’s no surprise that micronutrients play an extremely important role in our overall health, but let’s briefly discuss the key benefits of each one below!

Vitamin A (as Retinol Palmitate)

Vitamin A is a fat-soluble vitamin that’s crucial for eye health, cell growth and differentiation, immune system function, cellular communication, and reproduction. Vitamin A is actually a collective name for a group of retinoids, including retinol, retinyl esters, and retinal.

Vitamin C is a water-soluble vitamin that serves as a powerful antioxidant, meaning that it helps protect cells from oxidative damage induced by free radicals. Vitamin C is also required for the production of collagen, the main structural protein found in connective tissue, L-carnitine, a fatty acid transporter, and various neurotransmitters that help relay chemical signals. Furthermore, vitamin C is involved in protein metabolism to some extent.

Similar to vitamin A, vitamin E is a collective name for a group of eight different fat-soluble compounds that express potent antioxidant properties. Although there are various forms of vitamin E, alpha-tocopheryl is one of the only forms that are capable of fulfilling humans’ requirements, which is why we use it in the Axe & Sledge Multivitamin. Since vitamin E is an antioxidant, it defends against free radicals and reactive oxygen species. Vitamin E is also involved in the immune system, gene expression, and cellular signalling.

Vitamin K is another fat-soluble vitamin. The two primary forms of vitamin K that exist are K1, also known as phylloquinone, and K2, also known as menaquinone. As you can see from the label, the Axe & Sledge Multivitamin is solely using vitamin K1, which is naturally found in green leafy vegetables. Since vitamin K functions as a coenzyme, it’s essential for numerous physiological processes, including blood clotting and bone metabolism.

Thiamin, also known as vitamin B1, is a water-soluble vitamin that’s important for energy metabolism. The primary metabolically active form of thiamin in the body is called thiamin diphosphate, which acts as a cofactor for various enzymes that help metabolize proteins, fats, and carbohydrates.

Riboflavin, also known as vitamin B2, is a water-soluble vitamin that’s an essential component of two coenzymes called flavin adenine nucleotide (FAD) and flavin mononucleotide (FMN). Both FAD and FMN are involved in cellular function, growth, and development, energy production, and metabolism. Furthermore, riboflavin helps maintain healthy levels of an amino acid in your blood called homocysteine. So it may benefit your cardiovascular system.

Vitamin B6 (as Pyridoxine Hydrochloride)

Vitamin B6 is a water-soluble vitamin and a generic name for six different vitamers that share similar functions. Vitamin B6 acts as a coenzyme, so it’s incorporated into various bodily functions, such as protein, carbohydrate, and lipid metabolism, hemoglobin synthesis, gluconeogenesis, and neurotransmitter production. Similar to riboflavin, vitamin B6 also helps maintain normal levels of homocysteine.

Folate is a water-soluble vitamin that belongs to the B-vitamin family, so it’s sometimes referred to as vitamin B9. Folate is a coenzyme and is primarily involved in the synthesis of nucleic acids, including DNA and RNA. But folate is also used for amino acid metabolism. Folate is especially important for carrying out the conversion of homocysteine to methionine. Since folate helps facilitate the synthesis of a methyl donor called S-adenosyl-methionine, it may assist in the reduction of homocysteine levels.

Vitamin B12 (as Cyanocobalamin)

Vitamin B12 is a water-soluble vitamin that also contains a mineral called cobalt. Vitamin B12 is required for optimal DNA synthesis, red blood cell production, and neurological function. Vitamin B12 is also a cofactor for an enzyme called methionine synthase, which is responsible for the conversion of homocysteine to methionine.

Biotin is another water-soluble vitamin that belongs to the B vitamin family. Similar to the other B vitamins, biotin mainly acts as a cofactor for various enzymes. Therefore, it’s indirectly involved in the metabolism of protein, carbohydrates, and lipids. Biotin is also incorporated in cellular signalling and gene regulation.

Pantothenic acid, also known as vitamin B5, is a water-soluble vitamin that’s most notably used for the formation of coenzyme A (CoA). Coenzyme A is crucial for numerous catabolic and anabolic physiological processes, including fatty acid oxidation. Without a sufficient amount of coenzyme A, the body’s ability to convert food substrates (carbohydrates, fats, and proteins) into energy would be significantly diminished.

Calcium is one of the most abundant minerals in the body and is crucial for optimal muscle function, vascular constriction and dilation, hormone secretion, nerve transmission, and intracellular communication. Calcium is also necessary to support the structure and function of bones and teeth. As we mentioned earlier, vitamin D is essential for the absorption of calcium, which is why Axe & Sledge includes both in our multivitamin.

It’s important to note that certain forms of iron are not absorbed well by the body for various reasons. So we decided to use Ferrochel® (Ferrous Bisglycinate Chelate) from Albion Human Nutrition. This form of iron has superior bioavailability because it’s bound to an amino acid (glycine), which is readily absorbed by the small intestine. This process is known as The Real Amino Acid Chelate System (TRAACS®).

Iodine is a trace mineral, which means that the body only needs it in small amounts. Iodine is primarily used to create two important thyroid hormones, thyroxine (T3) and triiodothyronine (T4). These hormones are critical for carrying out various physiological functions, such as protein synthesis and glucose/fatty acid metabolism. Moreover, insufficient levels of iodine can lead to serious medical conditions, including enlargement of the thyroid gland (goiter), hypothyroidism, and hyperthyroidism.

Magnesium is a mineral that serves as a cofactor for hundreds of different enzymes in the body. Therefore, it plays a role in protein synthesis, blood pressure regulation, muscle/nerve function, and blood glucose regulation. Moreover, magnesium is used for energy production, DNA and RNA synthesis, bone development, and glutathione formation. Since magnesium is necessary for the transport of potassium and calcium, it’s important for optimal muscle contraction, nerve conduction, and even maintenance of a normal heart rhythm.

Zinc is an essential mineral that contributes to immune function, cell proliferation, protein synthesis, wound healing, cellular metabolism, DNA synthesis, and normal growth/development. Since the body has no way of storing zinc, it’s crucial to intake an adequate amount of zinc daily. Similar to iron, some forms of zinc aren’t absorbed well, so we are using zinc bisglycinate chelate in order to address that potential issue.

Beyond its role as a cofactor, copper is also involved in numerous other physiological processes, such as brain development/function, angiogenesis, immune function, gene expression, maintenance of neurohormone levels, and antioxidant production.

Since copper by itself has a relatively low bioavailability, we are using copper bisglycinate chelate for the Axe & Sledge Multivitamin to improve its absorption and effectiveness.

Along with vitamin K, manganese helps with hemostasis and the formation of blood clots as needed. The Axe & Sledge Multivitamin uses manganese bisglycinate chelate for enhanced bioavailability, efficacy, and absorption.

Chromium is a trace mineral that mainly contributes to the metabolism of carbohydrates, fats, and proteins, through activating insulin secretion. Chromium carries out its effects by first binding with a peptide to form chromodulin. Chromodulin goes on to bind and activate a specific insulin receptor, resulting in the release of insulin.

Insulin is a hormone secreted by the pancreas in response to elevated levels of blood glucose. Insulin tells various cells to uptake the glucose in order to bring blood sugar levels back down to a normal range. Maintaining proper insulin sensitivity is essential for metabolism and overall health. Once again, we are specifically using chromium nicotinate bisglycinate chelate to improve the absorption and effectiveness of chromium.

Molybdenum is an essential trace mineral that’s crucial for the formation of a cofactor called molybdopterin. Molybdopterin is necessary for the functioning of several enzymes, such as xanthine oxidase, sulfite oxidase, mitochondrial amidoxime reducing component and aldehyde oxidase.

The enzymes listed above are responsible for metabolizing heterocyclic compounds, sulfur-containing amino acids, toxins, and drugs. Since molybdenum isn’t absorbed well by itself, we are using molybdenum bisglycinate chelate to overcome this issue. 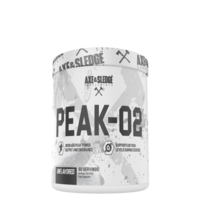 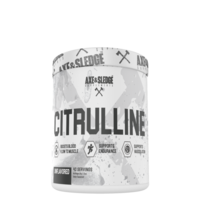 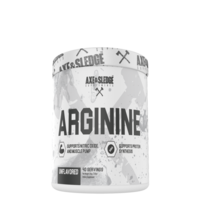 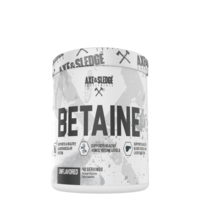 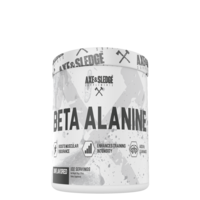 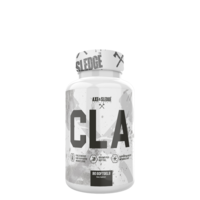 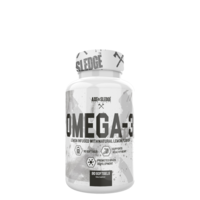 Omega-3 // Basics Series
$19.99
View product
Close
0 stars based on 0 reviews
0 Reviews
All reviews
Add your reviewAdd your review
Reviews
Close
No reviews found...
Compare products
0
Start comparison
By using our website, you agree to the use of cookies. These cookies help us understand how customers arrive at and use our site and help us make improvements. Hide this messageMore on cookies »